A visionary and a man who serves the community, Alan D. Benson is the 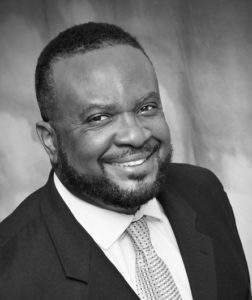 Founder and President of Benson Group, LLC, a company that offers Workforce Training, Human Resources, and Organizational Development services. He has been afforded various experiences, and he brings more than 25 years of experience in the areas of Operations Management, Training and Development, and Education. He has empowered and managed teams to achieve company goals, created personal and professional growth plans for employees, facilitated training, and developed systems to streamline operations that increase profits for major corporations and service for non-profit organizations.

Alan is experienced and passionate about helping others reach their true potential, live a purposeful life, and pursue their education. He has personally coached individuals and presented throughout the United States on various business topics and concerns. He is a former Advisory Board Member of the University of Louisville College of Business Ulmer Career Center and USA Success; a former member of the Jefferson County Public Schools African-American Achievement Task Force; and was appointed by former Commonwealth of Kentucky Governor Patton to the Early Childhood Development Authority. He also served a member of the Farnsley Middle School-Based Decision Making (SBDM) Council. Currently, he is a Board Member of the Metropolitan Development Business Corporation and an Adjunct Professor at Simmons College of Kentucky.

Alan believes every experience and job we have had in life helps to shape our true identity, attitude, and journey in life and that it is up to us to recognize the reasoning for those experiences, learn how to assemble them, and apply them to our purpose in life. This belief is his driving force in Benson Group, LLC’s goal to equip individuals and companies to reach their true potential and business goals.

Alan earned a Bachelor of Science degree in Political Science and a Master of Public Administration degree from the University of Louisville. He later earned a Master of Business Administration degree from Indiana University. He served in the United States Marine Corps Reserves and was a Persian Gulf War veteran. He has twins, Hilton, and Hayley, and resides in Louisville, Kentucky.

Be True to Yourself!